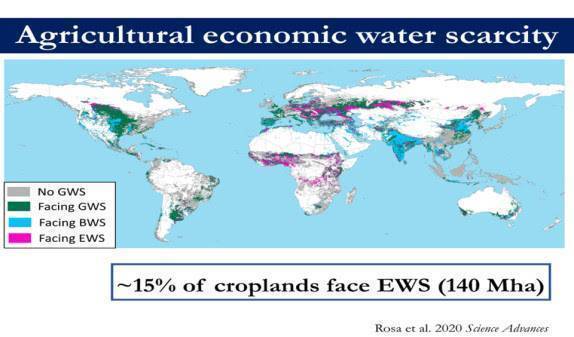 A team of Italian scientists from Politecnico di Milano, the University of California of Berkeley and the University of Amsterdam published yesterday in the prestigious journal Science Advances a study on the global geography of agricultural water scarcity. The study finds that there is enough locally available water to expand irrigation over 140 Million hectares of agricultural lands, currently not irrigated due to socio-economic reasons. The study shows that 800 million more people could be fed by sustainably expanding irrigation over economic water scarce croplands

The paper is availableat https://advances.sciencemag.org/content/6/18/eaaz6031/tab-pdf

Using data intensive global hydrological models developed at Politecnico di Milano, the researchers were able to quantify the water currently provided to crops, the type of water scarcity affecting the croplands and the regions of the world where additional water is available to expand irrigation sustainably.

In addition to increasing the production of food to feed 800 million people, the expansion of irrigation on lands where there is economic water scarcity, could at the same time be an important strategy of adaptation to climate change, contributing to more reliable and resilient agricultural production.

Lorenzo Rosa, Alumnus of Politecnico di Milano, now PhD Candidate at UC Berkeley, says “In this study we assessed for the first time physical, and economic water scarcity over global agricultural lands. While physical water scarcity refers to conditions associated with insufficient freshwater availability to meet human needs, economic water scarcity has been defined as the condition in which renewable water resources are physically available, but lack of economic and institutional capacity limits societal ability to use that water”

Maria Cristina Rulli, professor at Politecnico di Milano says «This study determines the agricultural regions where investments in the water sector are needed to sustainably increase food production. The analysis quantifies the untapped potential of rainfed croplands and provides insights that could help to achieve future food security and environmental goals together”.

The University has always focused on the quality and innovation of its teaching and research, developing a fruitful relationship with business and productive world by means of experimental research and technological transfer.

Research has always been linked to didactics and it is a priority commitment which has allowed Politecnico Milano to achieve high quality results at an international level as to join the university to the business world. Research constitutes a parallel path to that formed by cooperation and alliances with the industrial system.

Knowing the world in which you are going to work is a vital requirement for training students. By referring back to the needs of the industrial world and public administration, research is facilitated in following new paths and dealing with the need for constant and rapid innovation. The alliance with the industrial world, in many cases favored by Fondazione Politecnico and by consortiums to which Politecnico belong, allows the university to follow the vocation of the territories in which it operates and to be a stimulus for their development.

The challenge which is being met today projects this tradition which is strongly rooted in the territory beyond the borders of the country, in a relationship which is developing first of all at the European level with the objective of contributing to the creation of a single professional training market. Politecnico takes part in several research, sites and training projects collaborating with the most qualified European universities. Politecnico’s contribution is increasingly being extended to other countries: from North America to Southeast Asia to Eastern Europe. Today the drive to internationalization sees Politecnico Milano taking part into the European and world network of leading technical universities and it offers several courses beside many which are entirely taught in English. 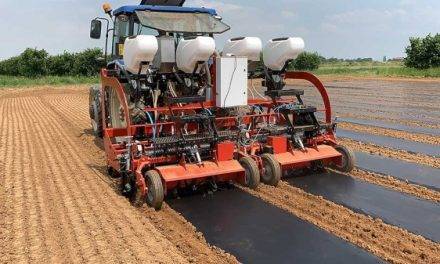 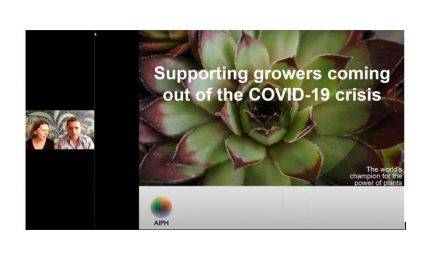