Two new high chill blueberry varieties, MegasBlue and Titanium, have gained a great reception from triallists and nurseries upon their launch into Europe. Both varieties are being commercialised by Global Plant Genetics, international leaders in Intellectual Property management for Berries, Asparagus and Grape rootstocks.

These two varieties are the first two releases from the USA based Oregon Blueberry Farms and Nurseries, who contract the IP management of their program through Global Plant Genetics in most parts of the world.

Commenting on this, Rupert Hargreaves, Director of Global Plant Genetics told us «Having followed these 2 varieties for the last 3 years in the United States, we are delighted to be commercialising them around the globe. Starting in Europe, a number of trial sites have been established as well as 3 nurseries initially appointed – Vivai Molari & Gatti , Plants365 & Schrijnwerkers. The marketplace has been looking for the addition of new high chill blueberry varieties that offer improvements in flavour and yield.»

Jon Horton of Oregon Blueberry Farms and Nurseries said, “both of these varieties have had an excellent response so far in the USA and we are delighted to be bringing these to the European sector with Global Plant Genetics. We also look forward to them rolling these out in other territories around the world shortly.” 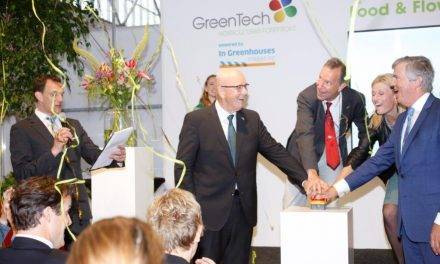