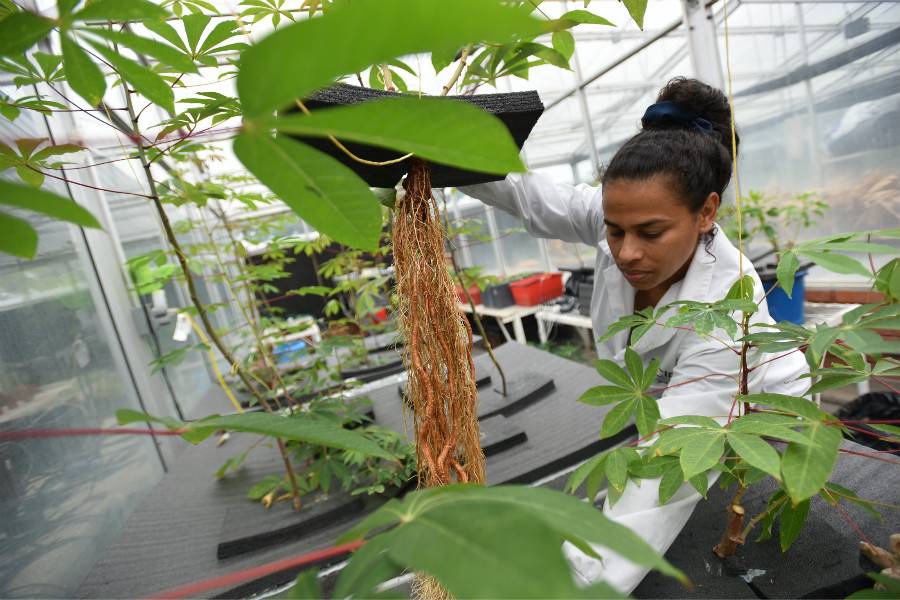 TECNOLOGÍA
Cassava has a relatively long growth cycle compared to other important crops. It takes an average of 10-12 months — sometimes up to 24 months! — for farmers to harvest the roots; maize, rice, and potato’s growth cycles span less than a third of that.

In other words, farmers can grow cassava at most once a year, or, in some cases, every two years. Dr. Michael Gomez Selvaraj, a CIAT crop physiologist, is working to change that.

There is very little understanding of how and why few roots in cassava turn into organs that store starch, the part of the crop most valued by rural communities and industry.

Together with his colleagues at the CIAT Phenomics Platform, Selvaraj is developing a method that will lead to identifying the genes and factors that cause early bulking of roots. This will help them establish how to shorten the growth cycle of cassava to as little as seven months.

In addition, the technique will help identify the genes and factors that can increase the number of storage roots, so farmers can sell more of these in the market.

The method being tested by Selvaraj and his team involves growing the cassava with its roots suspended in air and automatically sprayed with a special solution.

Known as aeroponics, it offers a controlled environment for breeders to identify the genes that trigger early bulking of roots and the conversion of fibrous roots — which are all what the cassava initially has — to storage roots.

In the past, breeders would need to dig up the root from the soil to study the genetic traits of cassava. But it was difficult to isolate genes as the plant interacted with numerous elements in and around the soil, such as insects, fungi, bacteria, and other microorganisms.

Apart from locating which gene triggers early root bulking, Selvaraj and his team want to know at which point such a gene does this and why the plant selects certain fibrous roots to become storage roots. Temperature and certain types of hormones could be factors, Selvaraj suggested.

With that, breeders will be able to trigger the process of bulking of roots at the earliest possible time and of increasing the number of storage roots the plant develops.

In the future as such, a cassava variety whose roots start bulking at the fourth month and that only has at most 10 storage roots might have roots that would begin bulking from the second month and have 20 storage roots.

“If we can double the storage roots, farmers will have an equivalent of two harvests in one growing season,” said Selvaraj.

Selvaraj aims to follow up his experiment with trials to test how the cassava would perform in the field. And he plans to do this again without having to dig up the root from the soil.

One part of the trials will involve the use of the so-called ground-penetrating radar technology or GPR.

GPR can detect objects underneath the surface. It has numerous applications in several fields such as engineering, military, and archeology.

“But this is the first time that the technology will be used on plants,” according to Selvaraj.

GPR can validate whether the roots of cassava are bulking early as expected. A study found it to be a suitable technology to predict and estimate storage root growth of cassava.

Another part of the future trials will entail using drones to see how the crop is performing depending on the type of soil and level of nutrients. Knowledge of the proper timing for fertilizing cassava is still limited, and drones can provide valuable information on this.

For farmers, the taller the cassava plant, the better. This means they have more planting materials for the next growing season, as farmers only need stem cuttings to propagate the crop.

“With the combination of all these innovative technologies, we are hopeful that one day farmers can produce more cassava in less time,” Michael Selvaraj said. “More importantly, this allows them to earn more and have more to feed their families.”

The project titled “Low-cost 3D Phenotyping of Cassava Roots” is funded by the U.K. Biotechnology and Biological Sciences Research Council and is a partnership between CIAT and the University of Nottingham’s Computer Vision Laboratory.

The use of GPR by the Phenomics Platform is supported by the U.S. National Science Foundation and the Bill & Melinda Gates Foundation and forms part of the partnership between CIAT, Texas A&M University, and IDS North America Ltd. 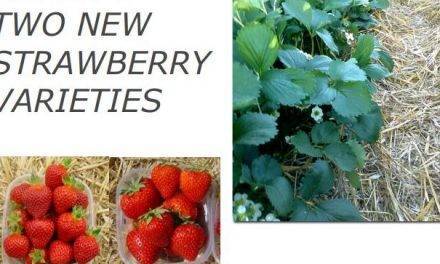 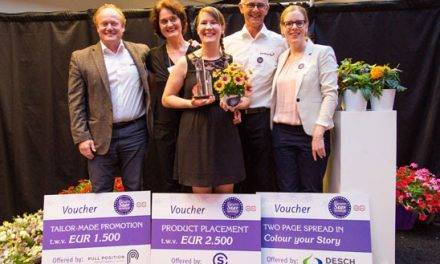 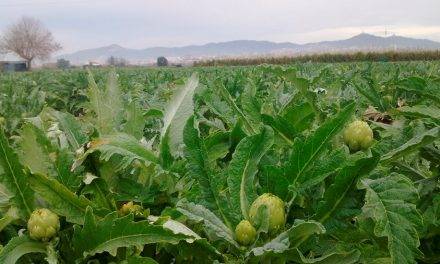 Comparative Study of an Artichoke Crop Under Drip Irrigation 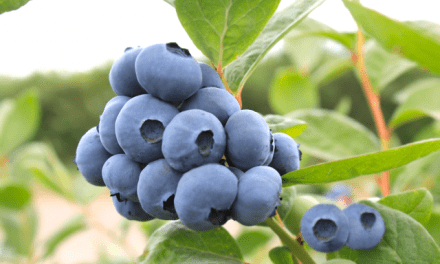