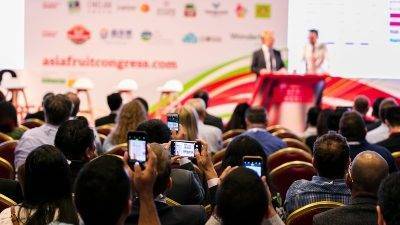 Farming to feed urban Asia, marketing to meet the needs of Asian consumers, and navigating an trade landscape were the headline themes at Asiafruit Congress

The 21st century will be “the century of cities”, and with Asia spearheading the global urbanisation trend, new and innovative farming systems will be required to feed ever-growing consumer demand.

That was one of the key talking points in the opening session to Asiafruit Congress on 3 September, which kicked off with a high-powered panel discussion on the future of farming  featuring Priva’s Asia manager Bram Koppert, Harry Debney, CEO of leading Australian fresh produce group Costa, global produce insights lead at Bayer, Bruno Libbrecht, and Ron Geritz and Michelle Jones of Chinese horticulture company Orisis.

Setting the scene to the session, Koppert, who manages the Asia region for high-tech horticulture company Priva, revealed more than 3m people are migrating to cities around the world each week. “Many of the megacities will be here in Asia, with China and India seeing the biggest growth,” said Koppert.

The urbanisation trend has created an urgent need to develop production systems to match the food requirements of global cities.

In this regard, Koppert said considerable investments are being made in greenhouse technology, while he forecast urban farming operations to become more important in the future.

“Technological breakthroughs will turn the world upside down within the next ten years,” Koppert explained. “There is a focus on innovation for growers, which in turn will create new business models.”

Pressure on farmers is increasing, Koppert noted, with producers realising the need to scale up their operations in order to remain profitable. “If you take a take a farmer with 30 acres (12ha), one generation later their children will need to have 180 acres (72ha) to retain the equivalent income and living standard.”

Indeed, Koppert said it will be large-scale producers who will see the biggest gains from technological breakthroughs in the immediate future.

“Small farmers won’t benefit as much from new technology as big farmers, who have the scale to invest and produce in bigger quantities.”

Major Australian fresh produce group Costa is leading the charge with the adoption of new production practices, and now draws 70 per cent of its earnings from protected cropping systems, according to Debney. The Costa chief said the company has been using vertical farming methods at its mushroom farms for the better part of 20 years, while it has also pioneered the use of substrate farming for berries, including projects in China.

“Our whole thesis is we have to be sustainable commercial farmers,” explained Debney. “It’s about how we can increase the yield and quality of every hectare, whilst reducing inputs and respecting the environment.

“More traditional, broad-acre production methods don’t work in terms of where we need to go,” he told delegates. “With substrate production, you can get a crop in one year rather than three, and double the crop in the second season compared with what you’d ordinarily get.”

Global demand for field-grown produce cultivated close to the point of consumption has been rising, a trend highlighted by the growing popularity of farmers’ markets, but Debney said such farming methods are not a solution. “The idea of produce growing in little rows in the countryside or in backyards is a romantic principle, but it won’t feed the world.”

Vertical farming on the rise

Vertical farming systems, while still in the early stages of commercial application, look set to play a bigger role in feeding urban demand moving forward. “Vertical farming is the ultimate form of controlled environment horticulture,” said Bayer’s Libbrecht. “If we can reduce and eliminate environmental factors, we can focus on the traits that matter, such as eating quality, to stimulate consumption. And the supply chain will become much shorter, which will help to cut waste tremendously.”

Orisis is building a 1,600m2 indoor vertical farm close to Shanghai, and the company’s Michelle Jones and Ron Geritz were on-hand to explain the background to the project, and why such technologies could help to address challenges China is facing with urbanisation and an ageing farmer population.

Geritz highlighted the productivity gains that will be delivered by the facility once it opens, claiming it will be able to harvest a crop of leafy greens every month, compared to two times a year in an open field or six times a year in a greenhouse.

The benefits of controlled environment production don’t stop there, according to Geritz.
“Vertical farms allow you to tailor your production,” he added. “For example, if you want more Vitamin C in your strawberries, you can do that, just by changing the light.

Production from vertical farms has tended to centre on lettuce and leafy greens, and while the panel identified opportunities to grow other crops, they noted that production of products such as bananas, apples and plums would not follow this course.

“There will be a lot of products that can be vertically farmed close to cities, but other crops will be better farmed, in larger aggregations, with better logistics,” predicted Debney. “It will be farming as close as possible [to consumers], as far away as necessary.”

While the opening session focused on the future of farming, the second general session at Asiafruit Congress zoned in on some of the latest trends in Asia’s retail and consumer markets, spotlighting innovative approaches to marketing.

Asia’s grocery retail market – forecast by IGD Asia to be worth US$4.26 trillion and make up 37 per cent of global grocery spend by 2023 – is becoming increasingly competitive. The need for retailers and marketers to provide consumers with new experiences, such as convenient delivery services, close-to-home pick-up points, interactive in-store experiences and brand activations, is more important than ever, in order to maintain consumer engagement.

Head of supply chain for Chinese fruit e-tailer Fruitday Huang Jing explained how its tie-up with brick and mortar retailer City Shop has enabled the company to deliver a seamless online-offline experience for shoppers.

Jerry Clode of Asia consumer insights specialist The Solution then provided some practical advice on how brands could take a more targeted approach to their marketing by gaining a deeper understanding of their consumers. Clode highlighted three main consumer groups that brands could target, including young professionals, ‘midlife mavericks’ and ‘super mums’. See session report here: www.fruitnet.com/asiafruit/article/179625/afc-takes-in-depth-look-at-emerging-consumer-trends

The final general session at Asiafruit Congress ‘Trade talks: adapting to a shifting global landscape’ examined the impact of geopolitics on the global fresh produce trade, with a particular focus on US-China trade tensions.

Chief China economist at ANZ Bank Raymond Yeung provided a macro view to open the session, warning that the US/China trade war was unlikely to be resolved any time soon.

“The media is talking about a potential agreement between the US and China, but my view is there could be a potential decoupling of the two countries,” he said.

With “high level uncertainty the only certainty” on the global trade landscape for the remainder of the year, Yeung warned delegates to watch out for so-called ‘black swan’ events that could impact financial markets.

Overall economic prospects in Asia remain positive for the growth of the fresh produce business, however, he noted. Asia’s consumer market, which is set to rely on domestic consumption, is forecast to reach US$13 trillion by 2024, representing 74 per cent of US consumption, according to Yeung. China, which contributed almost a third of global GDP growth in 2018/19, will remain the greatest growth generator, he noted – forecast to make up around 62 per cent of Asia’s expansion between 2018 and 2024.

Yeung said technology holds the key to sustaining China’s economic growth. “GDP is a function of three things – labour, capital and technology. China can no long rely on labour because of the ageing society nor financial capital, because it is reducing debt levels of corporations, so technology is everything for China. If it’s able to improve technology, it can improve living standards and keep growing Chinese consumption.”

While China’s top five cities currently account for 15 per cent of national GDP, the government’s policy of forming ‘city clusters’ will also drive future consumption growth, said Yeung. He singled out the Greater Bay Area project, which will create an economic and technology hub integrating Hong Kong, Macau and nine cities in southeast China, as a case example. Shenzhen sits at the centre of the project as an innovation hub. “By 2047, Shenzhen’s GDP per capita will overtake Hong Kong’s,” Yeung predicted, pointing out that this was coincidentally the same year the ‘one country, two systems’ agreement is due to expire.

In an exclusive interview to conclude Asiafruit Congress, Jason Zhang, president of Chinese fresh produce heavyweight Joy Wing Mau, underlined the benefits the Greater Bay Area (GBA) will bring to the business. Shenzhen will become a more open import centre for fresh produce in the future, predicted Zhang, because the GBA will mean freer access, better flow of goods and more efficient logistics. He added that Joy Wing Mau is building its largest fresh produce distribution centre at a new site in Shenzhen, taking advantage of GBA’s role as a major import hub for China.

In addition to the general sessions, Asiafruit Congress delegates were able to choose from a range of afternoon workshop sessions that went into detail on a range of exciting growth areas of the business in Asia.

The growing influence of intellectual property varieties in the fresh produce business came under the spotlight in one session, with Sun World International’s Garth Swinburn, Mark Tweddle of Jupiter Group and Alessandro Fornari of Jingold sharing their expert insights.

In the parallel session, Oliver Huesmann of Fruitconsulting was joined by panel of industry experts from Spain to discuss the European supplying nation’s emerging role as an exporter to Asia. The Solution’s Jerry Clode also hosted a separate bootcamp session on ‘brand localisation’.

As well as gaining expert insights on fast-moving Asian markets, delegates to Asiafruit Congress got plenty of time to network with high-level decision makers from across the global fresh produce business during Networking Breaks, the Networking Lunch and evening Welcome Reception to Asia Fruit Logistica.

Next year’s Asiafruit Congress takes place at AsiaWorld-Expo Centre on 22 September 2020, the day before Asia Fruit Logistica, which is held on 23-25 September at the same venue.

View the full programme and download the presentations from this year’s Asiafruit Congress:
https://www.asiafruitcongress.com/speakers-2019 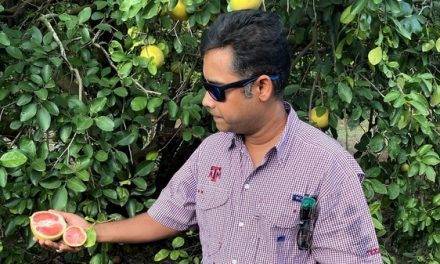 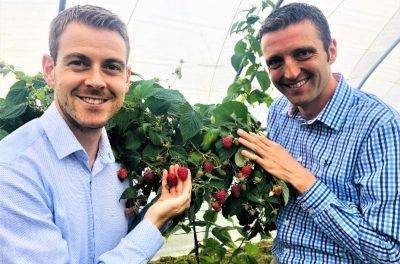 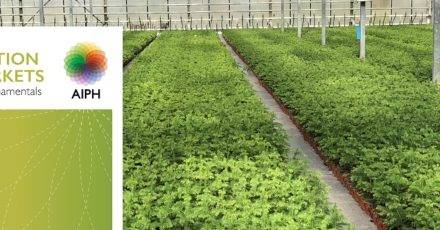 New Report Forecasts Production and Markets for Ornamentals to 2030 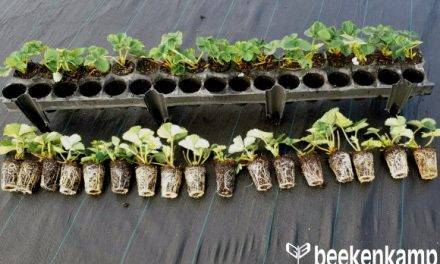