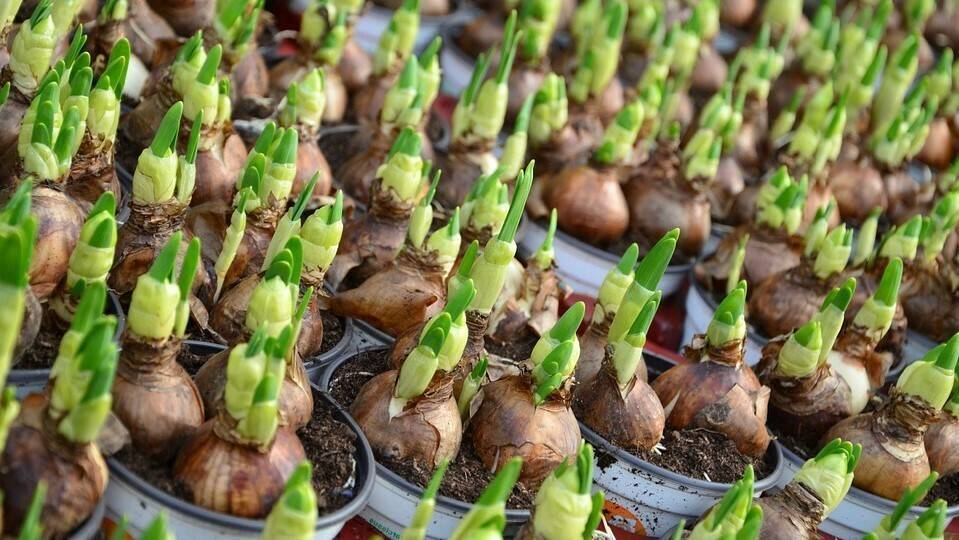 The area of farmland destined for bulb cultivation in the Netherlands continues to grow. Since 2000, the total area of flower fields has increased by 18 percent to more than 26 thousand hectares. Most of this growth was in tulip bulb cultivation. At the same time, the number of bulb growers has fallen. This is according to definitive figures taken from the Agricultural Census conducted by Statistics Netherlands (CBS). 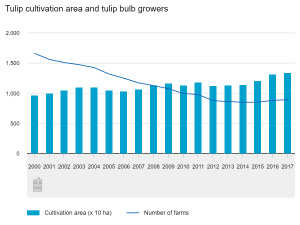 Between 2000 and 2017, the cultivation area for tulips increased by 38 percent to over 13 thousand ha. This means that, by 2017, half of the total flower-growing area was dedicated to tulip bulbs. Over the same period, the number of tulip bulb growers fell by 46 percent; in other words, fewer growers have been cultivating more tulips, although the number of growers has grown slightly since 2015.

Acreage used for lilies and hyacinths grew by 27 and 26 percent respectively over this period, so less rapidly than tulip cultivation; similar to tulips, there has been a decline in the number of growers since 2000 paired with an increase in cultivation area. 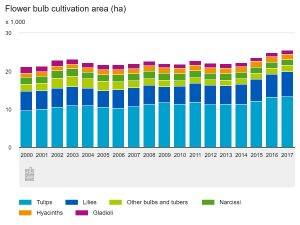 The decline in acreage was accompanied by a decline in the number of farms cultivating these varieties. Since 2000, the number of narcissi and gladioli growers has dropped by 52 and 66 percent respectively.

Fewer bulb growers on more land
The number of farms specialising in flower bulb cultivation has decreased by 39 percent relative to 2000, to over 1,600. This decline is seen in all bulb varieties, but is particularly strong in irises and crocuses with 81 and 75 percent respectively.

In short, the decline in the number of growers goes hand in hand with an expansion in farmland area used towards flower bulb cultivation. In 2017, the average bulb grower cultivated nearly twice as much land as in 2000. 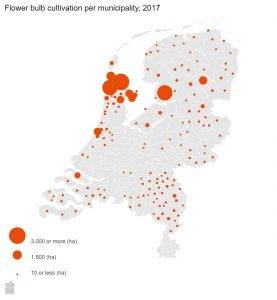 Bulb cultivation blooming across the country
The province of Noord-Holland accounts for the lion’s share of flower bulb cultivation: 50 percent of the total bulb growing area (over 13 thousand ha). With an area of 3,300 ha, the municipality of Hollands Kroon tops the list with 3,300 ha of flower fields, followed by the municipalities of Noordoostpolder and Schagen with nearly 2,700 and over 2,600 ha respectively.

However, bulb cultivation is extending across the country and has grown substantially in the province of Drenthe, for example, where the growing area has nearly quadrupled to 1,900 ha since 2000. This makes Drenthe the fourth largest province in terms of flower bulb cultivation after Flevoland and Zuid-Holland. Most flower bulbs in Drenthe are grown in the municipality of Midden-Drenthe with 1,200 ha of flower fields. 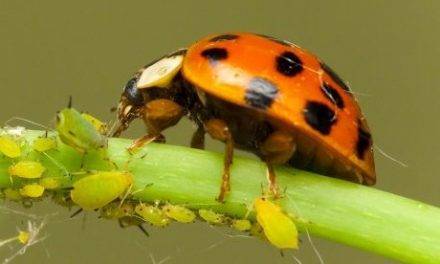 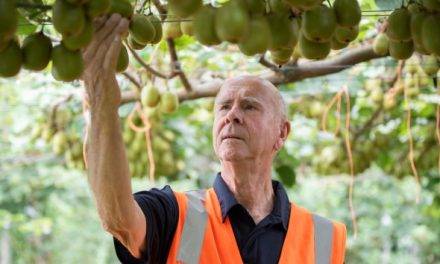 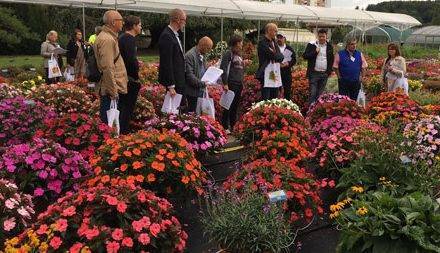